What are the Most Common Causes of Bicycle Accidents in Florida?

Tampa Bay is a natural place for bicycling, with year-round sunshine, more than 100 miles of bike lanes, and flat-to-gently sloping terrain. Biking is not only popular in the Tampa Bay area, but it is also dangerous. With almost six thousand bike crashes reported in 2021, Florida has become one of the most dangerous states for bike riding.

What Makes Tampa Such a Dangerous Place to Bike?

In most counties, motorists, cyclists, and pedestrians all share the same space. Busy thoroughfares serve two functions: they transport cars to interstates and they serve as local streets, connecting homes and businesses. These roads are dangerous for cyclists in particular because there are so many potential places for their path to intersect with vehicles—behind, in front, and on the side. There are also factors, such as Florida’s large senior population and a year-round influx of tourists who are frequently unfamiliar with local traffic patterns and risks.

The climate and topography of the area both contribute to the overall cause of such unenviable statistics. Walking and cycling are encouraged in Pinellas County due to the pleasant weather and flat terrain. Furthermore, urban streets are widely constructed, encouraging speeding despite 45 mph limits, particularly during the pandemic slowdown of vehicle traffic.

Another issue that the county recognizes is poor lighting, particularly in low-income and minority neighborhoods where people rely heavily on walking and biking to get around. Because of their walkability and slow speeds, places like downtown St. Pete have fewer fatalities and serious injuries than other parts of the county. In those areas, drivers are generally more cautious.

What are Some of the Most Common Causes of Bicycle Accidents?

Bicycle accidents on public roads can be caused by a variety of factors, many of which are related to the driver. The most common causes are unsafe lane changes, turning without looking for cyclists, driving too close to bike lanes and shoulders, and texting while driving.

Whether you ride your bike for exercise, for your daily commute, or if you are a serious cyclist, you face risks every time you hit the road. Despite the fact that cyclists have the same rights and privileges as drivers, it is no secret that many drivers treat cyclists as second-class citizens. Drivers routinely put cyclists in dangerous situations, from riding on cyclists’ back wheels to passing with almost no room to spare, and drivers who aren’t paying attention can cause accidents before they even realize cyclists are on the road.

Some of the most common causes of bicycle accidents include:

Injuries a Bicyclist May Experience After an Accident with a Vehicle

When a person is injured in this type of crash, the incident must be investigated as soon as possible. Many different parties may be held liable for the victim’s medical bills, lost wages, emotional trauma, and any other long-term damage caused by the crash. Because biking injuries frequently necessitate extensive treatment and rehabilitation, victims must carefully consider all of their options.

What are the Most Popular Places to Bike in Tampa Bay?

Ranging from waterfront scenery to relaxing views of native greenery to easy detours to some of Florida’s best beaches, here are some local biking hotspots:

What is Being Done to Reduce Bicycle Crashes in Tampa Bay?

The Pinellas County Board of Commissioners is attempting to address these issues by instituting Vision Zero, a program aimed at expanding public education, engineering, and enforcement programs throughout the county, as well as building roundabouts to reduce speed and increase safe traffic flow.

This includes putting in a roundabout on US Highway 19 in Palm Harbor, which is notorious for speeding. There are also plans to remove a lane on Drew Street in Clearwater to make more room for bicyclists and pedestrians. Projects like these will eventually make a difference, but they will take time and money to execute.

The legal team of Magazine Law Group understands how to approach bicycle accident cases in order to obtain maximum compensation for victims. We handle the legal investigation, ensuring that insurance companies pay for all of your injuries and losses. We keep you constantly updated as your case progresses, allowing you to rest and recover. Best of all, we waive all fees and only collect payment for representation when you receive a verdict or settlement. Contact us today! 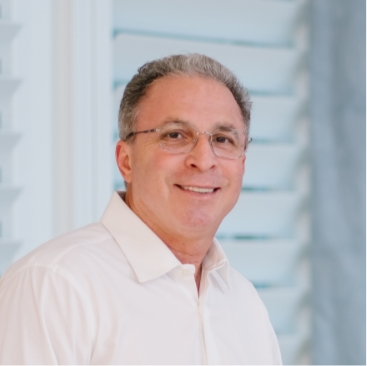